Calico Meagher isn't the chosen one, but that won't stop her.

Born in Denver to a family with an ancient druid bloodline, it's Calico's older sister Tabitha with the extraordinary strength and ability who is destined to fight the dark creatures preying on humanity. Though they grow up together training side-by-side, Calico is just a normal human. When Tabitha's training comes to an end and she leaves home to start her vigil hunting monsters, Calico thinks she can now live the normal life of a 22-year-old. But that gets a helluva lot harder when a spectral cat out of Irish legend appears to Calico and shares a vision showing her sister in mortal danger facing an ancient and powerful vampire.

This is the story of Calico who must navigate this terrifying world without innate powers. With the ghostly cat by her side, she races to try and help her sister, though that means going up against a nest of vampires that have already taken down two trained and powerful hunters.

Calico isn't the chosen one and there's nothing she wouldn't do to save her sister. 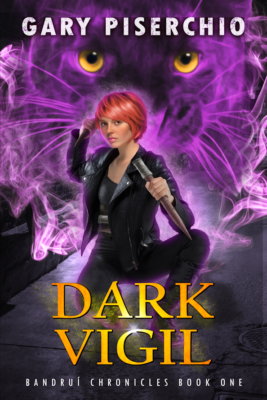 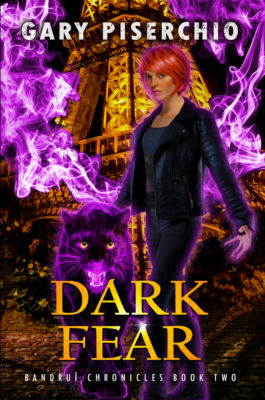 Calico Meagher refused to believe in dark creatures, until they tore her world apart.

Now she’s coming for the bastards.

Born into a family of monster-hunting druids, Calico turned her back on the “family business.” It was ridiculous. Monsters weren’t real. That’s what she believed even as her older sister Tabitha prepared for her dark vigil to hunt the impossible. But after her sister disappears, 22-year-old Calico races to save her from a fate worse than death.

Welcome to book one of the Bandruí Chronicles, an urban fantasy/monster hunting series. Through the millennia, the legendary bandruí gaiscíoch, Irish druid warriors of which Tabitha is one, hunted dark creatures. But while the bandruí are strong and fearless, what if the very evil that created the dark creatures in the first place has returned?

A work in progress….

Calico Meagher is summoned to Paris by her cousin, who fears that something dark has discovered that her son, Mug, has special powers. Before she arrives, however, her cousins are kidnapped. Now the dark creature is not only targeting Calico, but all of Paris.